It takes a range of different people to build something amazing

It takes a range of different people to build something amazing

In the technical world of finance and tax, it is warming to see diversity and inclusion at the forefront of consideration to improve opportunities for everyone in the industry, whilst showcasing it as a positive career choice for anyone.

We see such thought leadership in this area in our Champion partners, Hansuke, and the ITR (International Tax Review), who recently collaborated at a jointly held technical conference at ICAEW headquarters in London, but ensured time was given to the inclusion agenda.

On this ‘Champion Age Diversity Day’, I’m very pleased that Anjana Haines, Managing Editor of ITR, shares a recent inclusion piece from ITR….an editorial for which I was very happy to participate. 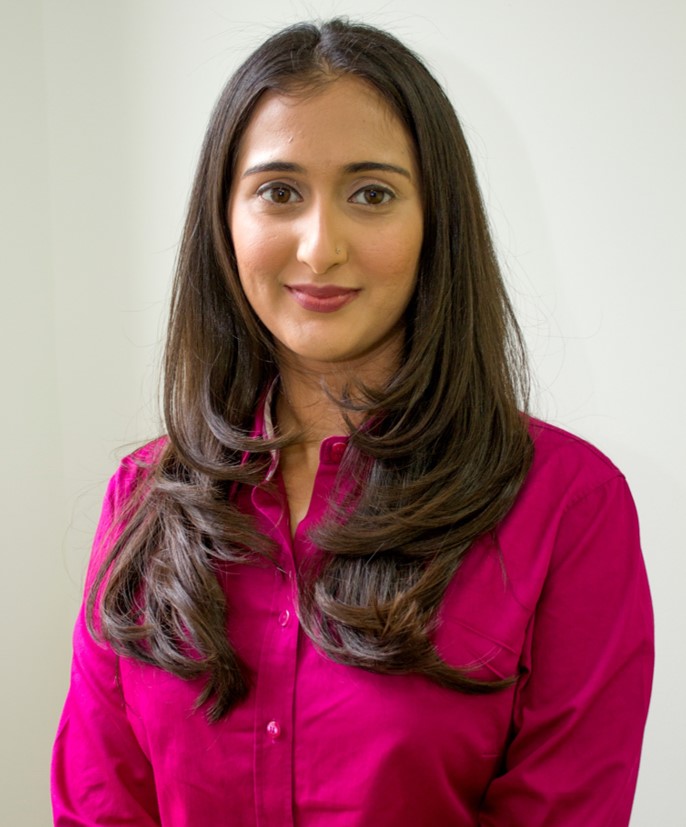 Diversity in tax: Growing together

There is an abundance of talented and inspirational individuals in the tax sector, but not everyone receives the opportunities and recognition they deserve. Anjana Haines explores how diverse the tax sector is today and where improvements would create a more inclusive sector tomorrow.

Diverse tax teams will drive innovation for all businesses if there is collaboration and inclusion, regardless of an individual’s age, race, religion or sexual orientation, according to a panel of tax professionals.

While the diversity debate among tax professionals is often focused on gender inequality, the conversation is widening to cover issues such as cultural identity and age. This is partly because companies, tax authorities, advisory firms, and many traditional tax processes are moving to digital platforms that require a different skill-set.

Aarti Sharma, CFO, head of treasury and company secretary at ICICI Bank, said her 25 years of experience in the financial services industry had shown her that the senior team has to play a leading role in making sure the organisation has a diverse culture. She reflected on her time at American Express.

“We started with a mentorship programme, where any new entrant in the tax department would get would be matched with a senior member of taxation or any other finance department,” Sharma said.

“The seniors were able to help them in their careers, as well as assist them in their personal issues, if any,” she said. “We saw a lot of stability in our department, especially in diversity – and gender diversity is what I’m talking about.”

Sharma was CFO at American Express for almost 10 years before she joined ICICI Bank in 2007. She stressed that the tax function is an integral part of change too.

“We were very successful with this mentorship programme to get diversity back into the departments because we were losing a lot of women there,” Sharma added.

However, Steve Anderson, CEO of the Age Diversity Forum, understands that the diversity debate is larger than gender. He cited his experience at a recent Barclays Bank event, which he said demonstrated a proven culture of inclusion.

Anderson observed that the bank’s chairman, the global head of the life skills programme and people from across the bank’s workforce shared the same message about the company’s culture. “It was a really strong feeling of culture and togetherness, and that culture of togetherness gave a fairer society within work,” Anderson said.

Research done by The Boston Consulting Group in 2018 found that there is a direct link between diversity and innovation.

The group found that companies reporting above-average diversity on their management teams also reported that innovation increased revenue. Such companies had revenues that were 19 percentage points higher than that of companies with below-average leadership diversity, amounting to 45% of total revenue versus just 26%.

“Diversity is about inclusion,” said Henry Irving, principal at Hansuke Consulting. “Diversity, a bit like responsible tax, is based on our concept of fairness.”

ICICI’s Sharma said that in addition to gender representation, while she was at American Express, the tax department expanded their diversity focus to include cultures in different countries.

“The second thing that we worked on was job rotation, and that’s where more diversity comes into place,” Sharma said.

“We were rotating people from one geography to another, and also from one tax vertical to another,” she explained. “That brought in a lot of diversity of thought, knowledge, culture, and diversity amongst people. That also helped a lot with motivation among the company.”

Not a generational problem

Motivational challenges exist in all companies, but there is a fear among older tax professionals of being less useful than tax professionals who recently graduated from university. Automation and digital processes require a new set of skills, including coding.

However, Sheena Tay-Schyma, vice president of finance technology strategy, governance and change management at BlackRock, doesn’t believe there is a generational divide on technology in tax.

“I think that’s a misconception,” she said. Tay-Schyma she started with that mindset that all young people are tech-savvy, but has come to realise there are many millennials in her company that dislike change and are less adaptive than their older counterparts are.

“They’re like ‘no, I quite like the role that I’m doing today. The way it is done, I go through emails, people can pick up the phone and call me. I like that way of working. Don’t make my work life any faster. My home life is fast enough. I come to work to take a break’,” Tay-Schyma said, describing the pushback she receives from some young colleagues.

Nevertheless, Tay-Schyma believes that the lack of friendly interfaces and having to work with MS-DOS when computers were in their infancy means older people have a better grasp of coding and more patience to undertake it.

“I think people of an older generation will have… a better affinity to pick up coding given the time and commitment, than someone of a younger generation, who is used to just seeing the fun interface,” Tay-Schyma said.

“So you see the diversity of age and experience, but also the way to interact with the world,” she said. “I think this all comes together for someone in tax to be efficient in the future.”

Agreeing with Tay-Schyma, Anderson said the depth of understanding of knowledge of the full end-to-end process is making more experienced professionals an asset to innovating companies.

“I spent 20 years in investment banking… when I first worked in retail banking, at the end of the day, we cashed everything up in a handwritten ledger,” he said.

“It wasn’t a zillion years ago. It wasn’t quite a quill pen, but going through that process, you get a better understanding of the processes, and a lot of industry now, is looking for that know-how to actually generate new products and design new ways of living and working,” Anderson said. “A combination of different generations, and the technology, and the way we live in today’s society is a massive opportunity for us.”

However, losing this experience is a concern. As experienced tax professionals leave the company or go into retirement, there is the risk their knowledge and expertise will be lost. “My hope and dream is before anyone leaves or retires, we put a cap on their head and extract all the information,” joked Tay-Schyma.

Although there is no quick solution to downloading expertise on end-to-end processes, the matter does highlight the need for inclusion to ensure tax departments make use of all the resources and assets available beyond technology.

“This article was first published by ITR on www.ITRInsight.com.”

The material on this site is for financial institutions, professional investors and their professional advisers. It is for information only. Please read our Terms and Conditions and Privacy Policy before using the site. All material subject to strictly enforced copyright laws. 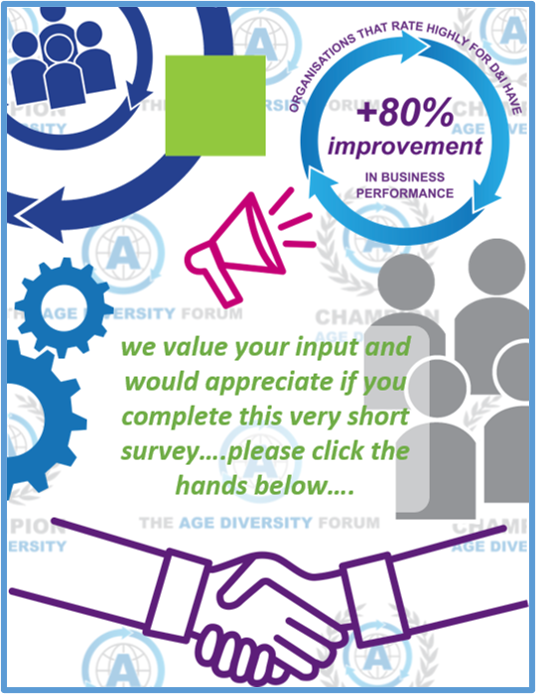 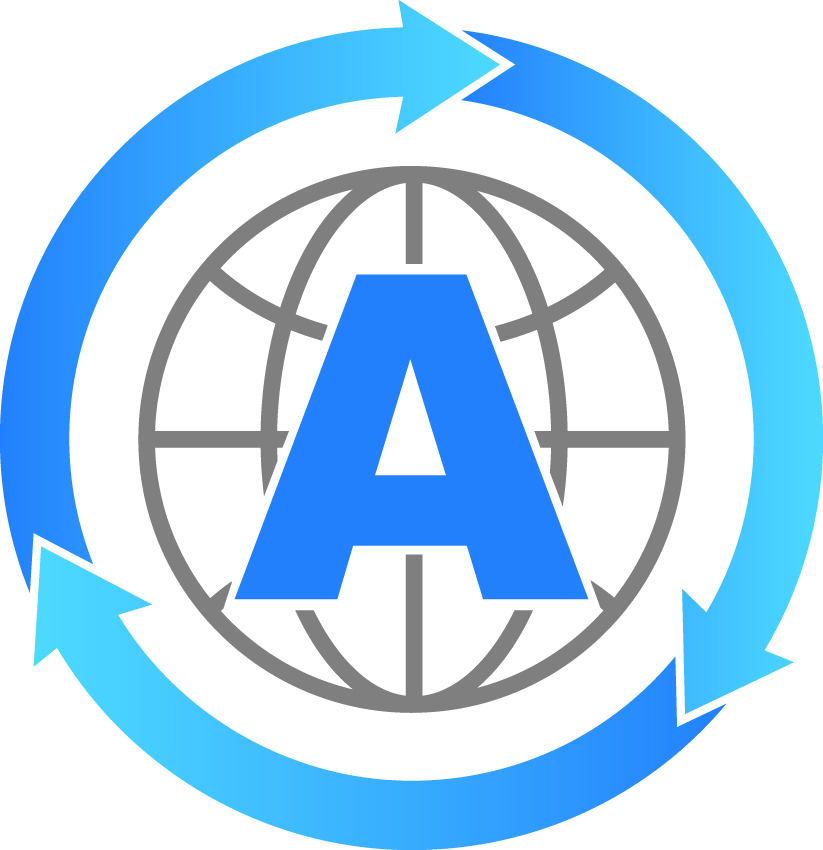 The Value of Experience in the Nuclear Industry

We are pleased to welcome guest writers to The Age Diversity Forum, and Zoe Stollard is becoming a regular contributor! Here, Zoe, a Partner at Clarke Willmott since 2014, specialising in Construction and Green Energy, discusses her thoughts on the value of experience in the nuclear industry, as part of the drive to increase diversity and inclusivity. We thank Zoe for sharing this outlook, as it... more»

PRESS RELEASE: Change of behaviour must work in tandem with fiscal package Responding to the Chancellors economic statement of July 8th, Steve Anderson, CEO at the Age Diversity Forum, said: “We believe the stimulus package is wide ranging and supportive of many sectors and groups to encourage an economic bounce back. However, we would like to hear more about inclusion, as a positive attribute... more»
Contact Us to Advertise Here